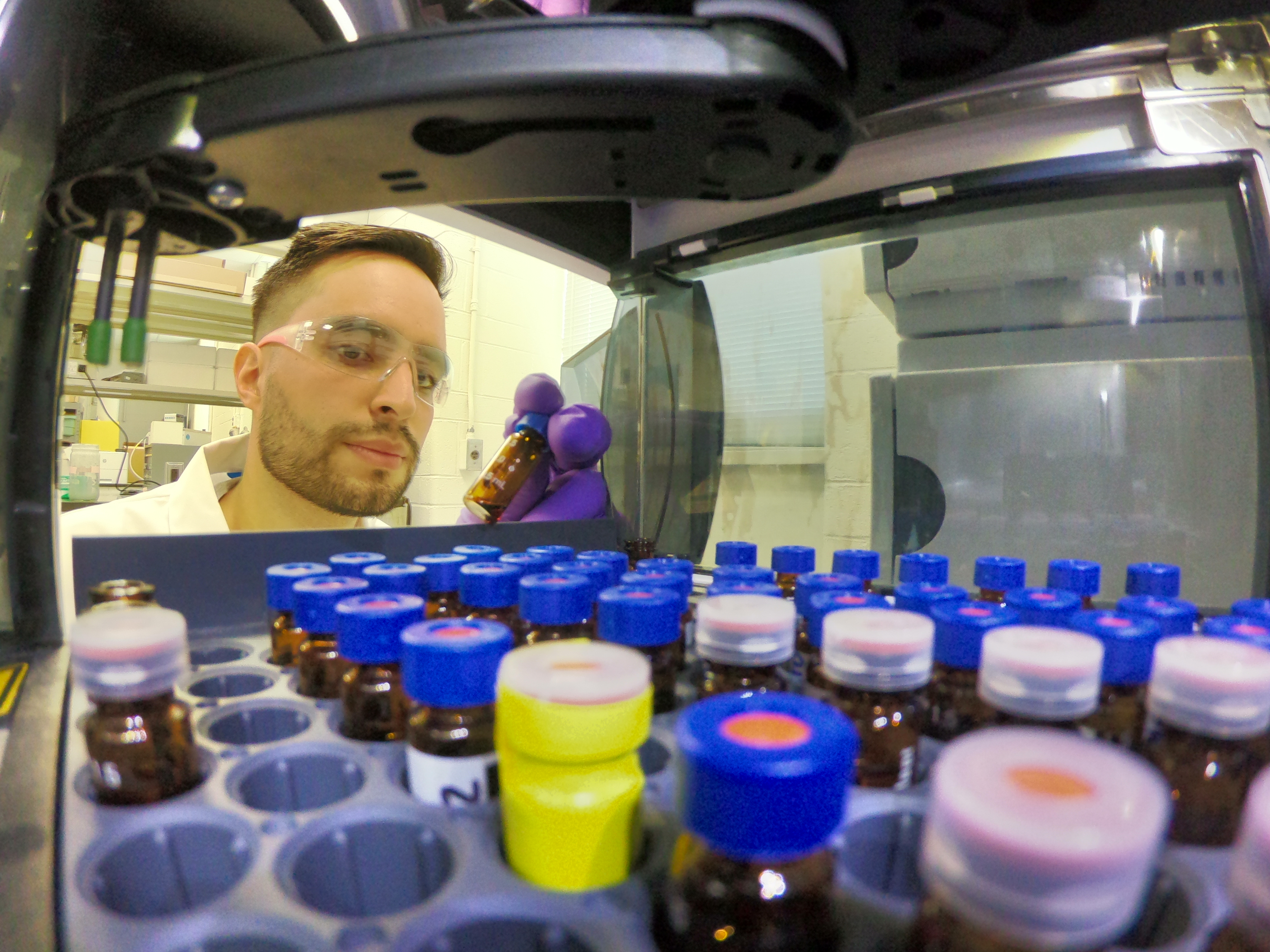 DENIN Environmental Fellow Jimmy Murillo-Gelvez is part of a team trying to develop a model to predict how quickly certain chemicals found in explosives are degraded in soil. This is pretty well ironed out in a simplified, clear-cut laboratory environment, but applying that knowledge to complex natural field environments with all the variability and unpredictability that entails is the greatest challenge of this work. “But I think we’re on the way to cracking it, which is great,” Murillo-Gelvez says.

Understanding this degradation process in greater detail will save time and money. To clean up sites heavily contaminated with explosives chemicals, the current options are to remove the soil and incinerate or compost it, both of which are very costly and time-consuming.

Murillo-Gelvez is 3 years into a Ph.D. in environmental engineering with his advisor, Dr. Pei Chiu, in the Department of Civil and Environmental Engineering. Murillo-Gelvez, Chiu, and others recently published a journal article demonstrating the first independent experimental validation of a new rate prediction approach for a range of explosives and similar compounds.

Murillo-Gelvez says that people don’t tend to think about the environmental impacts of explosives, and they don’t often realize that production of these chemicals is fairly widespread. This is part of what intrigues Murillo-Gelvez about this work. Also, he is from Colombia, which has a long recent history of internal warfare. The environmental impacts of that conflict are still unknown. “We know there’s a problem there, but we don’t know the scale of it,” he says. “I hope to extend the work I’m doing here to other countries that don’t have the resources to investigate this issue.”

Murillo-Gelvez finished high school at 15, but cast about for 18 months before figuring out what he wanted to do next. Over this time he developed an awareness of environmental issues such as waste management and water quality in Colombia and in his neighborhood, and global climate change. He volunteered with a group organizing recycling efforts in his community. Gradually he began to feel that he could make a difference as an environmental engineer.

If he can find an academic opportunity in Colombia when he’s finished his Ph.D., Murillo-Gelvez would value the chance to give back to his country. “My impact can be more noticeable there,” he says.

Many of Murillo-Gelvez’s hobbies put him outside. Each year since beginning his Ph.D. he has gone back to Colombia to visit family. But this year, he’s hoping to visit the West Coast and Utah to hike in some national parks. He also enjoys biking to work and for recreation, and swimming.

He reads a lot—thrillers and popular science, mostly about space. “I feel that there’s something rewarding in understanding the universe,” he says. “Sometimes we have these questions like, ‘Where do we come from? What else is out there?’ And I find pop science is a way to know a little bit more about that.”