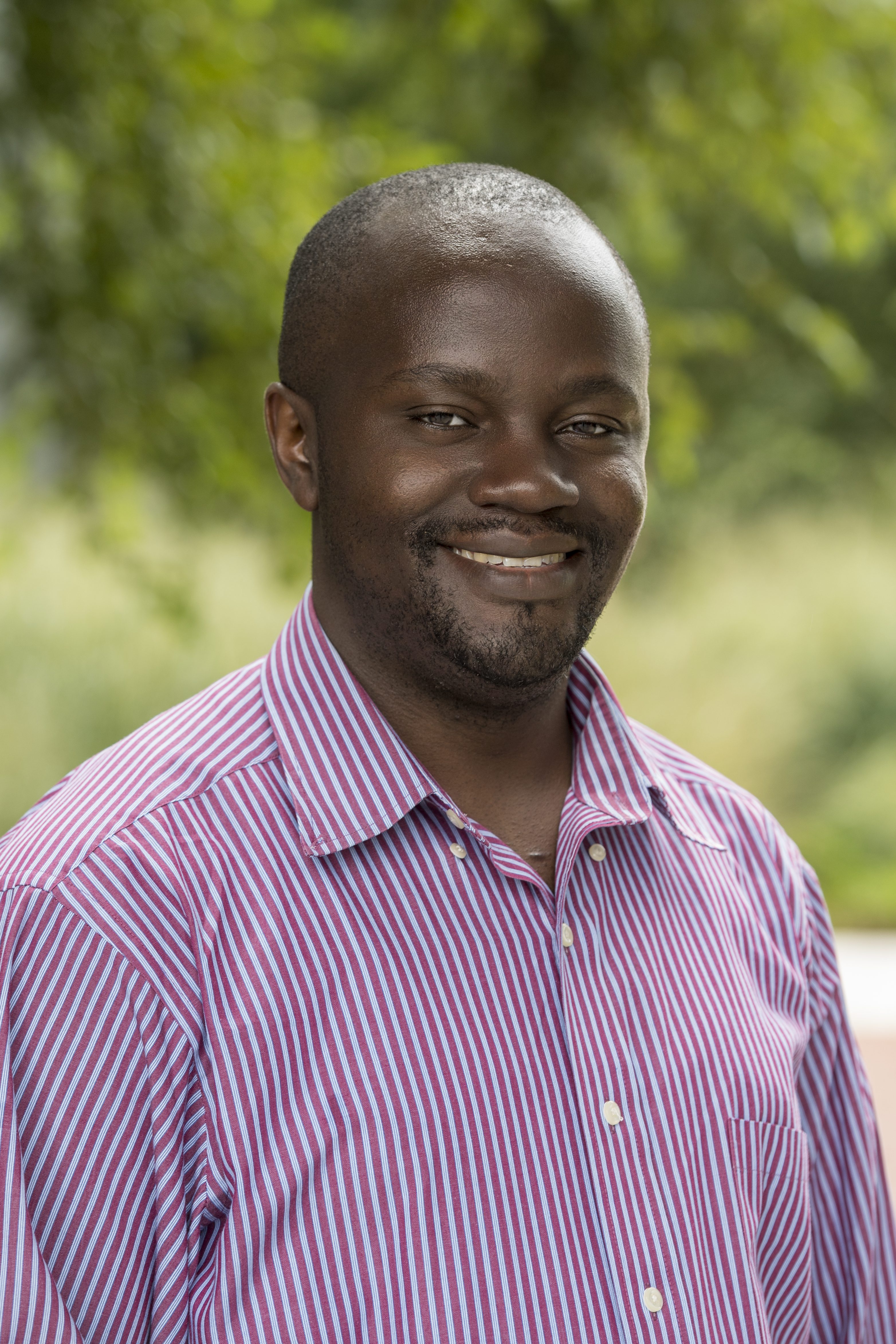 Robert Ddamulira came to UD for his Ph.D. with literally a world of experience. He worked for 9 years for the World Wide Fund for Nature(WWF) based out of Uganda andadvanced to the position of Africa energy coordinator.

“I was working and supporting teams across eleven countries to influence public policy decision making but also to support the local communities in accessing sustainable energy services,” Ddamulira says.

During the years he worked for WWF, the organization brought clean energy for the first time to 1.2 million people across East and Southern Africa.

This is profoundly important to Ddamulira because in 2009, his mother nearly died from the effects of a lifetime spent around wood cooking fires. This experience motivated him to try to bring cleaner forms of energy to Africa and to begin working on climate change and its linkages with energy consumption.

His Ph.D. work, begun in January 2018 and now supported by a DENIN Environmental Fellowship, focuses in much the same area. With academic advisor Dr. Lawrence Agbemabiese,of UD’s Center for Energy and Environmental Policy, he is looking at the possible relationship between oil development activities and deforestation in rural Uganda, bordering the Democratic Republic of Congo, one of the most ecologically important landscapes in Africa.

Ddamulira chose UD because of the flexibility it provides. With a B.S. in environmental management and an M.S. in environmental and natural resource management, both from Uganda, he was looking for the right Ph.D. program. Unlike most universities, where a Ph.D. student enters already tied to a particular project, UD won him over by letting him spend some time exploring his interests and different career opportunities before choosing a Ph.D. project.

After graduating with his bachelor’s degree, Ddamulira found it very difficult to get formal employment. Many of his friends were in the same boat. So in 2004 he founded the Practicing Environmental Managers’ Organization(PEMO) in Uganda, through which college graduates would work on local and national environmental challenges and environmental education. PEMO still exists in Uganda and has received national and international recognition.

The leadership skills he built with PEMO are what landed him a job with WWF. Within WWF, Ddamulira was an “intrapreneur,” he says: WWF Uganda allowed him to establish an internal youth fellowship program similar to PEMO, called the Young Environment Trainees (YET) program. YET would eventually support 30 young graduate trainees between 2011 and 2013 to access their first formal jobs through WWF Uganda.

“There are many young people like me even to this day,” Ddamulira says, “who do not have opportunities to actually make a contribution to issues they care about and help build a better world.” Some of the young people PEMO and YET supported have grown to become heads of organizations. “I’m very proud that I was able to extend to other students the same opportunity I had,” he says.

When he’s finished his Ph.D. Ddamulira would like to start a new organization that supports young people to found businesses that build sustainability. He would use social media to motivate young people to tackle issues they are passionate about, such as promoting access to food, water, and energy sustainability solutions. “If you can get more and more young people interested in working and innovating in these spaces, perhaps you can get a shot at solving some of the biggest challenges of our time, such as climate change,” Ddamulira says.

Ddamulira relishes the opportunity to bring different aspects of himself together, personally and professionally, through the Ph.D. program. He cites as a mentor Dr. Fred Van Dyke, a member of his doctoral committee, who through his leadership of the Au Sable Institute in Michigan showed Ddamulira how to be a good Christian and environmental steward. The Au Sable Institute combines Christian values and environmental service and education.

“It’s becoming even more urgent for governments to think about our environmental footprint,” says Ddamulira. “So from a career perspective it’s a very exciting time to be working in this space.”

Ddamulira shares his life with his wife and two daughters, ages 11 and 3. He enjoys reading, singing, and running, especially in the forest, where he says he feels more alive and more human.