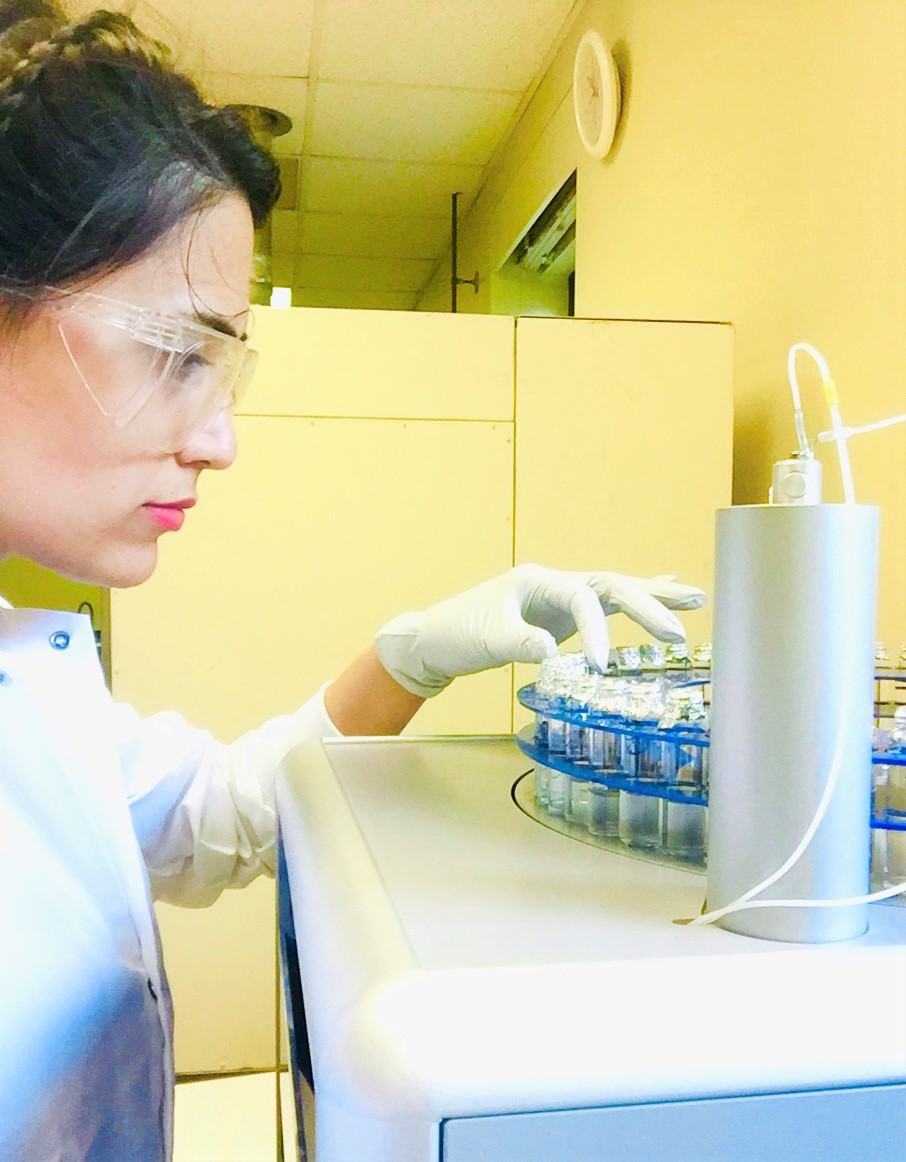 In the late 19th and early 20th centuries, tanneries were big business on the waterfront in Wilmington, Delaware. With their heavy use of arsenic, chromium, and other metals, these tanneries left a legacy of toxic chemicals in the ground.

Analysis by the News Journalin 2007 found that northern New Castle County, where more than 70% of the state’s population lives, contains more contaminated industrial sites per square mile than in all but three other counties in the country.

Some sites have been cleaned up and developed. Some are fenced off and unused. Now with sea-level rise threatening, some of these contaminated sites face inundation with sea water.

2020 DENIN Environmental Fellow Fatemeh Izaditame is working in Dr. Donald Sparks’s research group to study the cycling and transport of arsenic in heavily contaminated soils and sediments (underwater soils) affected by sea-level rise and flooding. Arsenic exists in sediment in different forms with different toxicities and propensities to move, depending on conditions. Scientists and regulators need to understand the influence of sea-level variations on the cycling, movement, and toxicity of arsenic in coastal environments to develop effective regulations and management strategies.

Water is the main route through which arsenic enters the human body, Izaditame explains, so it’s critical to understand the processes leading to arsenic release from soil. Drinking arsenic-contaminated water can cause a variety of cancers and other ailments.

Izaditame collected sediment samples from a historically arsenic-contaminated industrial site in Wilmington that is projected to be inundated by 1 meter of sea-level rise–induced flooding by 2100.She is simulating saltwater flooding conditions in the lab to study how much arsenic is released from the sediments to water and in what forms.

“It’s challenging to simulate natural problems in the lab because they are so complex,” Izaditame says. “You have to come up with the most reliable and simplified version of the natural phenomenon in the lab.” The release of contaminants during flooding is an understudied problem because of the logistical difficulties of collecting samples during intense storms. Lab-simulated data will help in developing predictive models to understand how sea-level rise may affect the cycling of arsenic in polluted soils.

Izaditame completed a B.S. in civil engineering and an M.S. in civil and environmental engineering and then worked for 4 years in an engineering consulting company in her native Iran. Among other projects, she was an environment, health, and safety manager responsible for approving design documents and conducting environmental health and safety inspections during the construction of an earth-core rockfill dam in western Iran, one of the largest of its kind in the world. This experience in industry motivated her to pursue further studies so she could better provide scientific-based solutions to real-world environmental problems.

For her master’s work she did numerical simulation of the effects of environmental parameters on the transport of arsenic, lead, and zinc, so she was glad to put theory into practice for her Ph.D. She enjoys the interdisciplinarity and applicability of this research.

Staff of the Delaware Department of Natural Resources and Environmental Control hope to use Izaditame’s study results to help anticipate how flooding may affect water quality and people living near these contaminated sites and to develop regulations to minimize side effects of sea-level rise in contaminated locations.

Izaditame expects to finish her Ph.D. in about 2 years. She is concurrently completing a master’s in environmental engineering at UD. When she finishes, she hopes to do a postdoc and stay in academia in the U.S. She wants to use her interdisciplinary background to help the large part of the global population that lives in coastal environments.

Izaditame enjoys reading, playing violin, and learning languages in her spare time. She speaks and writes Persian, Arabic, and English, and has studied French for 5 years.