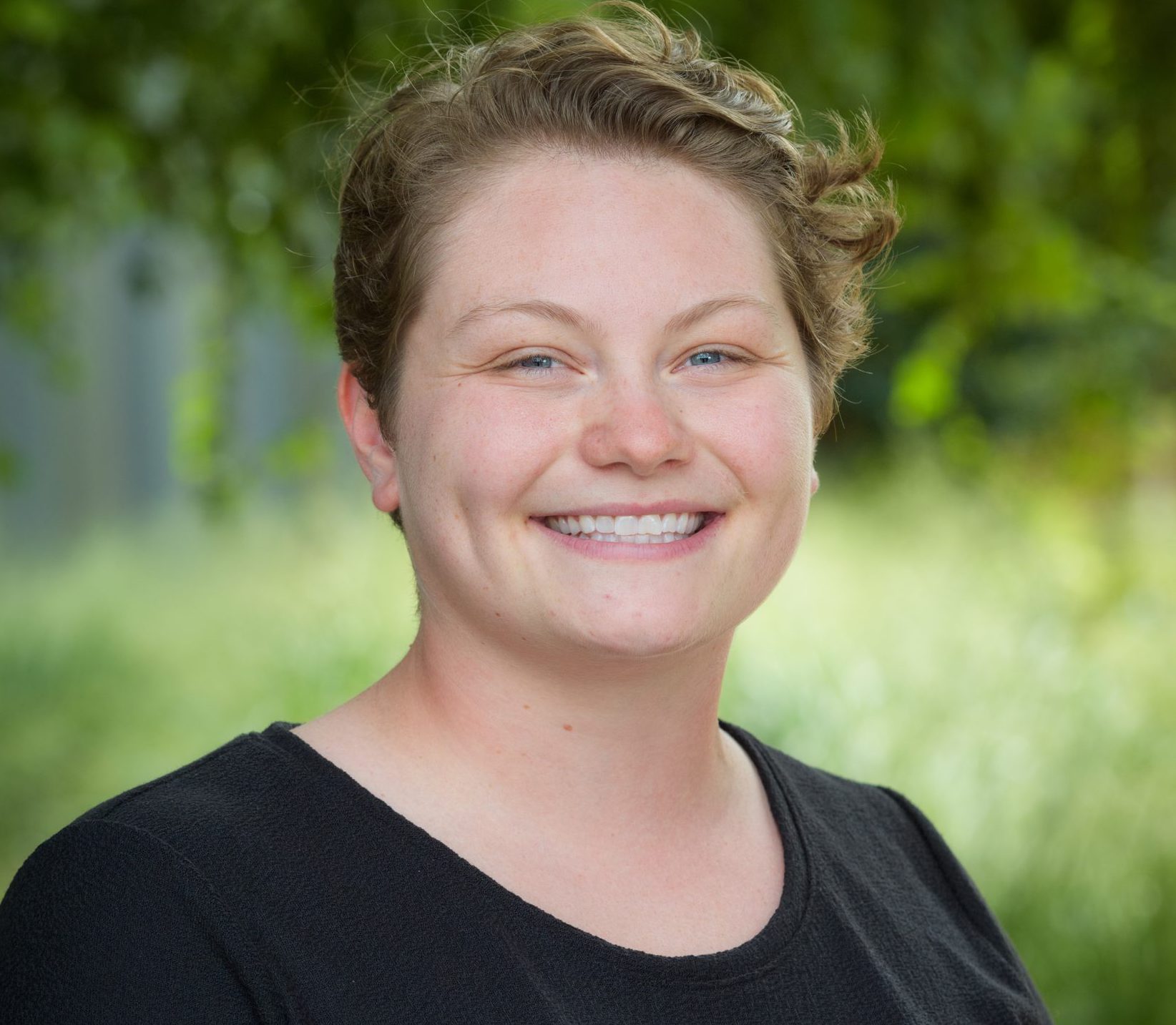 Lauren O’Connor grew up near Lake Champlain in upstate New York and spent much of her free time there. Her family would go boating, and in the winter she’d play ice hockey. She also enjoyed the lake as a place to go for alone time with her dogs. “My whole childhood revolved around water,” she says. But she was often disappointed by beach closures from high levels of E. coli bacteria, and increasingly frequent harmful algal blooms.

When she started at Union College in New York, O’Connor wasn’t sure what to major in. She thought she wanted to be a geologist, but when she took introductory chemistry, she found she loved its connection between math and science.

“My parents really pushed for STEM fields,” O’Connor says. “My mom always said if you major in chemistry, you could get a job in any field, because chemistry relates to everything.”

Her sister Megan is 6 years older and was a chemistry major at Union. Lauren was intimidated to follow the same path because her sister is very successful. Lauren says, “I was so determined not to be a chemist.” But eventually she couldn’t resist and declared as a chemistry major in her sophomore year. She earned a bachelor’s degree in chemistry in 2018.

O’Connor was recently named a DENIN Environmental Fellow for 2021–2023. Earning that fellowship has been a huge boost of self-esteem after lifelong struggles with classroom learning.

“It’s been a really big shift in how I view myself in academia,” she says. “Before, I didn’t really think a lot of things were possible for me. I don’t learn the way that the educational system is set up. I don’t do well on exams. I don’t do well on standardized testing. But I’m really great in the lab.”

It turns out that her difficulties with succeeding in traditional education have shaped her future career goals.

As an undergrad O’Connor researched the photochemical breakdown in freshwater of sun protection factor (SPF) chemicals found in sunscreen. She was surprised to learn that chemicals in personal care products can negatively affect the environment.

She came to UD because her advisor at Union knew Yu-Ping Chin, professor of civil and environmental engineering at UD, who is her doctoral advisor.

Early in her work at UD, O’Connor visited the Alaskan Arctic to work on a project about how emerging contaminants accumulate in dissolved organic matter. But this work didn’t enthrall her.

In trying to identify a topic more exciting to her, O’Connor told Chin that she was interested in using artificial streams to study an environmental problem. She first learned about artificial streams on a graduate school visit at the University of Minnesota. She had a tour of a civil engineering lab containing a system that re-creates a lake to monitor erosion. “I had a thought that it would be really beneficial to add chemicals to a setup like this to see how they alter the chemical processes in waterways,” she says.

Chin knew of the perfect person to work with—Emma Rosi, ecosystem ecologist and senior scientist at the Cary Institute of Ecosystem Studies in New York.

Rosi has a set of artificial streams in a greenhouse. Each stream is 4 meters long and its base is made of fiberglass. The system allows researchers to have a control stream and treatment streams containing different environmental stressors to examine the shift in stream ecology.

O’Connor earned a National Science Foundation Non-Academic Research Internship for Graduate Students in 2019 for her studies with Rosi and, after a delay for the pandemic, spent April 2021 at Cary analyzing the ecological consequences of the pesticide chlorpyrifos in stream ecosystems with Rosi’s guidance.

Pesticides are heavily used in agriculture, but their fate in the environment is generally unknown. Pesticides can end up in waterways, where even less is known about their fate.

Chlorpyrifos is a neurotoxin to developing brains, and its use was banned in the U.S. in August 2021, starting in early 2022. But millions of pounds of chlorpyrifos were used yearly before that, and it still sees heavy use around the world on common crops such as corn, cotton, and fruit and tree nuts.

We don’t yet know much about what happens to chlorpyrifos in streams and rivers or how it affects aquatic insects and food chains. “We need to understand how it’s altering the streams,” O’Connor says, “because this can ripple into how it’s affecting fish and eventually how it’s affecting us.”

She introduced aquatic insects into the artificial streams by collecting debris-covered rocks from a high-quality stream nearby. She measured how chlorpyrifos affects algae, biofilms, and stream insect health and how it breaks down in streams.

“I’m basically obtaining an idea of what chlorpyrifos is doing to the base of a stream food web,” she says.

She likes that with this research she can see real results over just 21 days. She also likes that it involves animals, even if they’re insects. “I like that I’m helping something that doesn’t have a voice,” she says. “I can try to be that voice.” She wants to be an advocate for protecting aquatic ecosystems from harmful chemical pollution.

O’Connor intends to remain in the field of chemical ecology. She wants to be a professor at a small liberal arts school similar to Union College. “It was really difficult for me to have to struggle through this system that’s shaped for only one type of learning,” she says. “I had to always prove myself. So I want to be a professor who sees that in other people and who can help kids like me.”

She’s found that she loves mentoring undergrads. “I get such a high from helping them, and I like seeing the light bulb turn on. I like giving them hope that, yeah, you can do this.”

Her sister Megan, formerly her competitor in chemistry, is now a main mentor. Megan earned a Ph.D. in environmental engineering and now has a successful startup company that uses clean technology to recycle lithium batteries. Megan showed her that it is possible to be a woman in engineering and to make a difference. “Megan is a huge inspiration for me. I look up to her so much, and her success really drives me.”

During the pandemic O’Connor returned to her parents’ house and enjoyed spending time with her 3-year-old nephew. This made her realize how much she likes interacting with children. She now hopes to spend some spare time as a volunteer ice hockey coach for young kids.